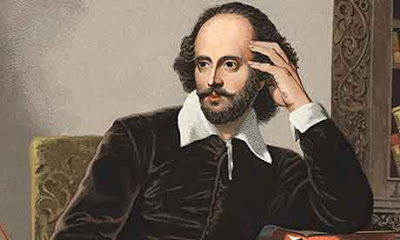 1. Love looks not with the eyes, but with the mind; and therefore is winged Cupid painted blind.

2. To thine own self be true, and it must follow, as the night the day, thou canst not then be false to any man. 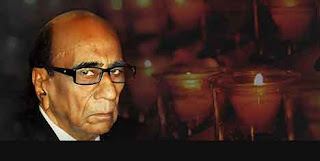 Not Out! The Incredible Story Of The Indian Premier League: Book explores intricacies of business of IPL 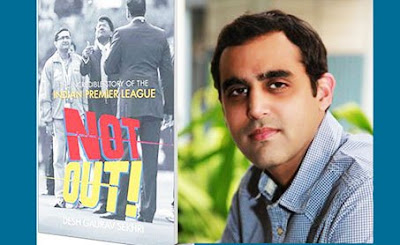 The politician-cricket official dual role has hit the reputation of the game and the IPL and has also been the cause of many of the conflict of interest controversies thereby adversely impacting politicians as well as cricket’s overall health, says Delhi-based sports attorney Desh Gaurav Sekhri in his new book.

“Conflict of interest has become the single most relevant term that is synonymous with Indian cricket in 2016. The conflict of interest phenomenon has shaped how ethics in cricket are to be determined,” he writes in “Not Out! The Incredible Story Of The Indian Premier League”, published by Penguin Books.

The book explores the intricacies of the business of the IPL, pinpointing what it got right and where it went wrong. It also looks closely at the spot-fixing scandal, the conflict of interest controversy, the issues that led to suspension of two champion teams and the complicated interplay between the BCCI and the IPL.

According to the author, nothing has caused more grief to the BCCI-IPL than the conflict of interest controversy. He says the most likely to be damaging to the reputation of the BCCI-IPL in the future is the duality of roles performed by public officials who hold positions in the BCCI.

“The Justice (R M) Lodha Committee’s recommendation was to exclude ministers and government officials from the board’s administration. The current IPL chairman, Rajeev Shukla, is a politician. The secretary of the BCCI, Anurag Thakur, is a politician. A member of the present IPL governing council, Jyotiraditya Scindia, is a politician.

“Former BCCI president and the current nominee for the ICC, if (Shashank) Manohar is unavailable, Sharad Pawar, is a politician. Many of the state associations’ presidents or board members are politicians,” Sekhri writes.

विकीपीडिया के अनुसार  Boko Haram–
Boko Haram is a branch of the Islamic State of Iraq and the Levant ( ISIL). It has been active in Nigeria since 2009. The name of the group means “Western” or “non-Islamic” education is a sin. The group is active in the north of Nigeria, and wants to impose Islamic law as the only law in Nigeria. 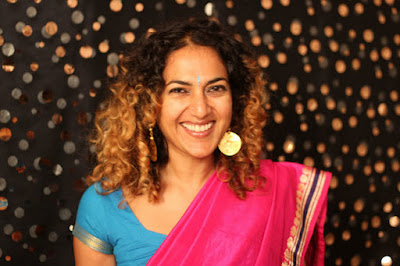 Having penned a monograph of travel photos and poems; a collection of linked short stories, poems and photos and also a memoir, writing comes naturally to Nigerian-born Bangladeshi American writer Abeer Hoque who says it unwinds her and gives her a satisfaction that nothing else matches up to.
And there’s more. She’s working on a novel about memory loss, set in Berkeley and Brooklyn and also on a series of ekphrastic poems where she uses photographs from her collection to inspire new poems.
HarperCollins India recently published her memoir ‘Olive Witch’ in which she tells about growing up in three different countries (Nigeria, where she was born and spent her childhood, the United States where she lived from high school onwards, and Bangladesh where her parents are originally from.
With poems and weather conditions framing each chapter, ‘Olive Witch’ is an intimate memoir about taking the long way home.
In the 1970s, Nigeria is flush with oil money, building new universities and hanging on to old colonial habits. Hoque grew up in a small sunlit town where the red clay earth, corporal punishment and running games are facts of life.
At 13, she moved with her family to suburban Pittsburgh and found herself surrounded by clouded skies and high schoolers who speak in movie quotes and pop culture slang.
Finding her place as a young woman in America proved more difficult than Hoque could have imagined. Disassociated from
her parents, and laid low by academic pressure and spiralling depression, she is committed to a psychiatric ward in Philadelphia.
When she moves to Bangladesh on her own, it proves to be yet another beginning for someone who is only just getting
used to being an outsider – wherever she is.
Asked why she chose to pen her memoir so early in her writing career, she says, “I started off as a poet and poetry is still a very big part of my writing life. I went to graduate school to get an MFA in poetry, and I fell in love with the creative nonfiction classes I took in the very beginning of the program.
“I started writing memoir in those classes, basically stories about my childhood and young adult years, and my classmates and teachers loved them and encouraged me to write more. But as my memoir shows, and the book before it and even the photography book, I can never leave poetry out of the picture.”
Her first book was a monograph of travel photographs and poems called “The Long Way Home”, based on over seven years of travelling around the world.
Then came “The Lovers and the Leavers”, a collection of linked short stories, poems, and photographs, and that is heavily focused on Bangladesh.
“Half the stories are based there (in Bangladesh), and all of the stories focus on South Asian characters. I lived in Bangladesh from 2006-8 (my first time actually living there versus just visiting on occasion with my family),” Hoque told PTI.
She says the Bangladeshi literary scene (in English) is growing by leaps and bounds and it’s an exciting time to be a Bangladeshi writing in English.
“Bangla language literature is part of a robust and historic tradition, but Bangladeshi writing in English is pretty nascent, but there are some fantastic writers out there.
“Monica Ali, Tahmima Anam, and Zia Hyder Rahman are probably the biggest names in the Bangladeshi/English writing scene, and now we have Mahmud Rahman, Saad Z. Hossain, K Anis Ahmed, Tarfia Faizullah, Shabnam Nadiya, Farah Ghuznavi, Maria Chaudhuri, Kaiser Haq, and many more,” she says.
On the writing scenario in Nigeria, she says, “Nigeria’s literary scene is pretty incredible. We have the greats like Wole Soyinka, Ken Sarowiwa, and of course Chinua Achebe, but now there are literary superstars like Chimamanda Ngozi Adichie, Chris Abani, and Ben Okri, and up and coming talents like Chinelo Okparanta and Chika Unigwe and Chigozie Obioma.
“I’d say Nigeria is an overachiever in the African lit scene, but as someone who grew up there, I’m pretty happy about that.”