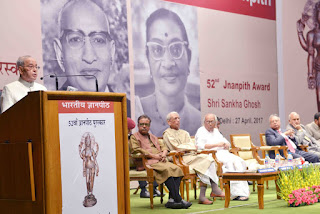 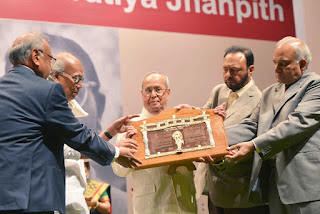 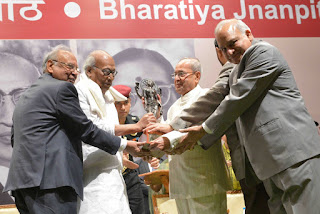 Jnanpith Award has been the 52st Jnanpith Award to veteran modern Bengali poet Shankha Ghosh for year 2016. He is a leading authority on Rabindranath Tagore. Ghosh was conferred the Padma Bhushan in 2011 and the Sahitya Academi award in 1999. Shankha Ghosh is the seventh Bengali author to win India’s highest literary award.

Last year eminent Gujarati Litterateur Shri Raghuveer Chaudhary was declared recipient of 2015 Jnanpith Award. Prior Gyanpith award 2014 was given to Bhalchandra Nemade. Since some time, the Jnanpith Awards are being given a few years later than their year of award. Following the new precedent, Kedar Nath Singh was given the awarded in 2014 for year 2013.